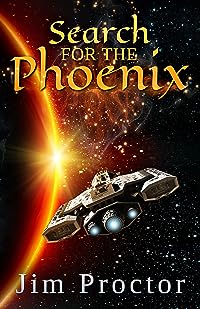 Fighting to remain one step ahead of SACOM, Nolan Peters and Megan Carson investigate the mysterious disappearance of their friend, Carl Wilkins. During the investigation, Nolan struggles with his growing affection for Megan, while she tries to cope with the recent death of her husband. Will the strain bring them together, or drive them apart?
When the pair uncovers evidence of a treasonous conspiracy that threatens the stability of all human worlds across the galaxy, they reluctantly put their trust in a SACOM investigator and a hard-nosed Army general to root out the conspirators. Will their trust prove to be their undoing... or prevent a galactic-scale military coup?