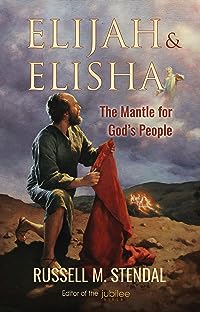 The kings of Israel and Judah were in serious trouble with the Lord. Twelve years of worshiping Baal and golden calves, listening to Jezebel, and killing the prophets was catching up to them. Their earthly kingdoms were coming to an end, and the Lord would move quickly when he moved. What appeared to be harmless details to them was in fact rebellion in the sight of God.

While the kings served the gods of this world, Elijah and Elisha did not. They were dedicated only to the Word of the Lord, and if the Lord didn’t speak directly to them, they didn’t move at all. And when they did move, it was with the authority of the Lord, resulting in dramatic calling down of fire from heaven, a three-year drought, people raised from the dead, and many other miraculous events. But did Elijah and Elisha take any glory? No, Elijah didn’t even accept Naaman’s token of appreciate – so completely was he relying only on the Lord’s provision.

The lives of Elijah and Elisha, as well as the corrupt lives of the kings, serve as important lessons for us today. In addition, there are many prophecies in 1 and 2 Kings that are now being fulfilled. Your own life will be changed forever if you apply even one truth that the Lord reveals to you in this book.

About the Author
Russell Stendal, a former hostage of Colombian rebels, is a lifelong missionary to that same group in the jungles of Colombia. He is an influential friend to military and government leaders in Colombia, Cuba, Mexico, Venezuela, and the United States. Russell’s ministry shares the gospel via twelve radio stations, hundreds of thousands of Bibles, books, and movies distributed through airplane parachute drops, and numerous speaking engagements for groups of leaders, prisoners, and individuals. Russell goes wherever the Lord leads, whether it’s to speak with a president or to go deep into the jungle to help an individual in trouble. He has witnessed thousands commit their lives to Christ.