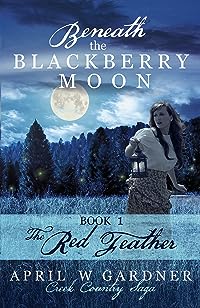 (Previously titled "Wounded Spirits")
Frontierswoman Adela McGirth has never feared her neighbors, the Creek Indians, but a suspicious encounter with a steely-eyed warrior shakes her confidence. As dreaded, a skirmish with the natives sends her family fleeing into a hastily constructed fort. But no picket is strong enough to hold off a party of warriors who fear nothing but the loss of their ancient ways.

Totka Lawe, a Red Stick bound by honor to preserve his heritage, will do what he must to expel the whites from Muscogee soil. But in the midst of battle, he is assigned to protect those he’s expected to hate and kill. One of whom is the copper-haired woman who has haunted his thoughts since that strange night under the blackberry moon. The war was simpler before his enemy became a beautiful face with a gentle warrior’s spirit he cannot resist.

But what woman would have a warrior whose blood-soaked hands destroyed her life?

Then again...does she have a choice?

War, captivity, hunger that will not be denied. And a blackberry moon with enough pull to endure the test of time.