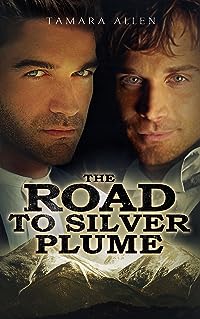 Secret Service operative Emlyn Strickland may be new to field work, but his talent for identifying counterfeit bank notes, honed over ten years at the Treasury, has given Sing Sing's population a respectable boost. When counterfeiter August McKee takes illegal advantage of a sinking silver market, his former confederate Darrow Gardiner shares that information with Agent Strickland so they can track down the once-friend who left Darrow to rot in prison.Promised his freedom in return, Darrow's after something more. He wants possession of his best work, the flawless fifty dollar plates still in McKee's hands. And with a little maneuvering, he'll have the one thing a vengeful McKee may consider fair barter: the Secret Service operative whose testimony sent them both up the river.It seems an objective within Darrow's reach after he rescues Emlyn from an assassin, earning a measure of his trust in the process. But on the cross-country journey in search of McKee, another attempt on their lives leaves operative and outlaw stranded miles from Denver, with no one to rely upon but each other. Beset by turncoat agents, angry miners, and the burgeoning threat of a wealthy and powerful McKee, Darrow and Emlyn discover that standing on opposite sides of the law doesn't safeguard them from the dangers of friendship--or a deeper attraction that may force Darrow to choose between the real and the counterfeit as he's never done before.