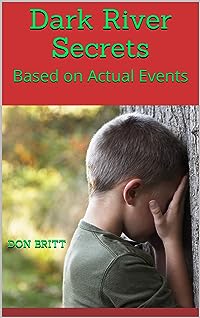 My story of Evil Powers of this World and Beyond from early disappointment physical haunting relentless terror and horror that's not fathomable to the average person . The little Boy was placed in situations that can only be described as chilling nightmares that were real . The world of The Supernatural was placed on his head at a time most little kids are learning to play He was trying to survive . It starts with ominous cellar horrors and black magic and graduates into the underworld in a way no human should have to deal with . It's his battle to overcome the pain and misery that's associated with evil and death . It's also his journey into his teenage years and beyond having to struggle against demons, serial killers and the lowest of the low of humanity and hell . This work is his journey detailing whether or not the little boy became a man that made it out of the cesspool or did Satanic evil prevail. The work is based on a true story many names were changed but it's a real place with real horrors that happened but calling it fiction based on a true story will make it easier for some to accept because many things that are unexplainable are best left unexamined but evil is real and this work is my first hand account of it .