Greek Gods: The Gods and Goddesses of Greek Mythology 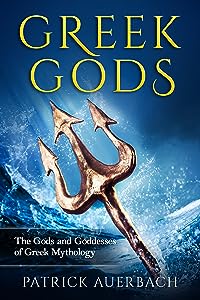 The ancient Greeks believed there were a great number of gods and goddesses. These gods had control over many different aspects of life on earth. In many ways they were very human. They could be kind or mean, angry or pleasant, cruel or loving. They fell in love with each other, argued with each other and even stole from each other.

The ancient Greeks built great temples and sanctuaries to their gods. They held festivals in their honour, with processions, sports, sacrifices and competitions. Stories of the gods' exploits were told to children by their mothers and to large audiences by professional bards and storytellers. People today still enjoy hearing stories about the Greek gods.

This book tells the tales of gods and goddesses such as Zeus, Aphrodite, Apollo, and Athena and heroes and monsters such as Helen of Troy, Perseus, and Medusa will fascinate and engage your imagination.

Here is a selection of what you will learn:
The Creation and the GodsThe Olympian Gods (and a few others)Prometheus, Epimetheus and PandoraPsyche and ErosOedipus and His ChildrenThe Trojan War
Learn more about Greek Gods NOW and scroll up to the top of this page and BUY it Now!