In the Hall Of the Mountain King: A Dark Fable 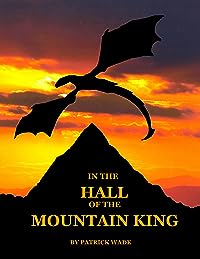 Game of Thrones fans will enjoy this dark fantasy novel. Imagine `Heart of Darkness' with a dragon and an anti-hero set on revenge following his `river of iron'. As the King of the Mountain sits upon his throne and confesses his sins to his would-be assassin, he reveals that his violent excesses have scarred his soul, leaving him brooding in the darkness. As a `Dark Fable' the book is about weapon proliferation, and how once men conceive of new ways to kill each other, there is no going back. Astride a dragon with iron in his fist and a slave army that worship him as if he is a monster, the Mountain King brings an Empire to its knees, sinking to horrific depths to have his revenge.

This is the bad ass fantasy book that I've wanted to write for a very long time. I leave nothing in the cupboard for the climax, I play every card I have saved for twenty years. Also, it is very much a departure from the `world creation' genre aka Tolkien and all. I promise you won't find any elves in this nasty story! I purposefully steer away from the cookie cutter formula of typical fantasy. There's nothing else like it in the genre.