A Year to Remember: A young American family in England 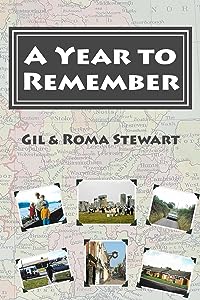 It was late spring, 1972. The Stewart family’s world was in turmoil---a chaos of passport applications, airline reservations, and packing crates. The six of us were making ready for a a journey into the unknown. Gil was at it again. At the tender age of 35 he was on schedule for his third mid-life crisis in five years.

For some inexplicable reason Gil had concluded he was meant to be a writer. Now, having decided on a suitable locale in which to work, he was prepared to move his thoroughly confused family to England so he could pursue his career as a novelist.