The Man Who Cut Darkness 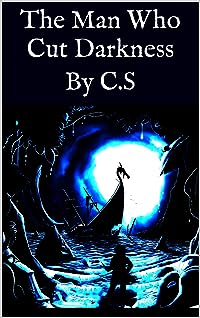 On a fine summer’s day in the Dark Ages in Dacoa, a book was delivered to a priest with a letter enclosed. The priest glanced over the envelope to check the sender, and it was from his old friend, Matthew. He casually skimmed through the letter, then opened the book and started reading it as the warm summer breeze came in and out of his room.

He was yet to find out that the most unbelievable, and beautiful legend of White Night was about to begin.

King, a notorious pirate who raided villagers in Dacoa; located between England and Scandinavian countries; once robbed the King’s ship. The King of Dacoa, George III, was so overcome with irritation at pirates that he decided to pursue him. After many years, he successfully cornered him at long last. However, King luckily made a narrow escape and ran away to a small village outside of the city wall. And there, he met an old man with rusty scissors that cut everything - literally everything… including darkness…

This book is a vague frame tale, and the main story consists of 5 short chapters; The Journey of Light, Arrival, A Glimpse of The Truth, The Story, and Full Moon.
(FYI, I was trying to write King, the notorious pirate with Capital 'K' and George Ⅲ, the real king of Dacoa, without 'king or 'King' so that my precious readers won't be confused. Otherwise I only used 'king' few times to explain the story, for example, king Stella and king Edward Ⅱ)