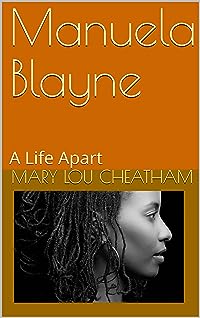 Manuela Blayne, a novella, is the fourth book in the Covington Chronicles. It is a complete story that stands alone. To understand some of the characters fully, however, it would be beneficial to read The Dream Bucket first.

Manuela Blayne is the story of one suffering for another.

A new day dawns for Trudy Cameron. She develops a heightened sensitivity to others around her who endure the hurts brought on by circumstances she tries to influence. Trudy starts to realize she cannot change everything, she cannot fix all the bad in her world. At the same time she develops a streak of mischief. Sometimes she is shocked by her own behavior. As she grows up fast, she finds emotions within herself she didn't expect.

In the summer of 1910, Trudy Cameron witnesses the aftershock of an event that will disturb her the rest of her life.

It is more than the consequences of the crime that concern her. Cruelty dominates the evolving social system of the South, the only home she knows.

Never will she comprehend all the hurt suffered by her friend Manuela Blayne, but Trudy wants to understand.

She witnesses firsthand what forgiveness can be. She observes hardships she has never imagined.

In a world that denies mercy to her friend, will Trudy’s faith shrink or blossom? She is always honest with herself about her emotions.

Come spend some time with the Bentons and Camerons. Delight in the parenting skills of Samuel Benton, as he tries to distract Trudy from her anguish over Manuela Blayne.

Have a dish of ice cream in the Covington and float on a watermelon in the swim hole at Hot Coffee. Witness the mischief Trudy dares not confess to her parents.