Disaster Planning Guide: What to do Before, During, and After Disaster 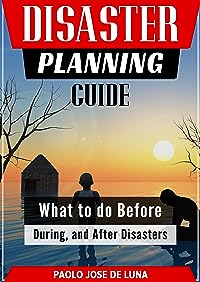 From house fires up to earthquakes, tsunamis, and flash floods, there’s no telling what these disasters can do to us and when they occur. They put lives at risk and they damage properties from thousands up to millions of dollars in the damage they wrought.

Disasters can occur at any place, any time, and to anyone. No one has the ability to predict when and where these disasters will occur. And that’s why the best measure that you can do is to prepare for them.

As you may already have known, preparation is always stressed out in a variety of guides and disaster management plans. However, these so-called “plans” are easily thrown out of the box when the disasters truly strike. What makes these plans so flawed and confusing that a lot of people just end up panicking? Well, that’s because most guides on disaster just make up generic preparation measures without having any specific details on each one.

If you’re going to prepare for a disaster, you need a thorough and concrete plan that you can use to prepare. May it be for a fire or for a flood, you need to know on what to do to protect your family, your friends, and your loved ones. You also need to minimize the damage to your home and to save whatever you can in order to move on after the disaster has struck.

But aside from the preparation phase for a disaster, you also need to know on what to do during the disaster itself. Will you give in to the fear while a fire rages on or if you’re stranded on your home’s roof while an intense storm has caused immense levels of floods? Or will you compose yourself and follow the steps that you need to do in order to survive the disaster, as well as protecting other people? That’s ultimately up to you.

And then, there’s the post-disaster measures that you need to do. Most people often get confused on what to do in order to recover after a disaster has struck. A lot of people just end up crying or moping after everything that they’ve owned has been destroyed or worse, their homes have been wrecked apart after a hurricane. But are those really the things that you should think about right at this moment? Will you just stand there and wallow in despair or will you stand up and fight in order to get back what you’ve lost?

In this book, you’ll be learning on how to deal with disasters. Right from the beginning, you’ll learn on how to properly prepare for a disaster, what are the things that you need to prepare, what to do during a disaster, and up to what to do in order to rest, recover, and recuperate after the disaster has subsided.

In order for you to survive a disaster, you need to be prepared, not just before a disaster, but for all three of these phases. You’ll be presented with various facts about disasters and disaster management, as well as real life scenarios that you can utilize in order to survive various kinds of disasters like house fires, floods, tsunamis, earthquakes, blizzards, blackouts, and more.