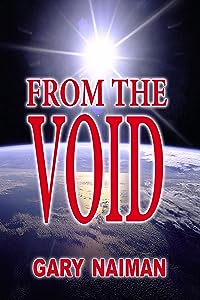 It Begins With A Blinding Light . . .We are about to be attacked by a superior alien force, the insect ancestors of our lowly ants. Book One "The Response" revealed our ants were brought here one hundred forty million years ago to rule our planet. Unfortunately, an ill-advised NASA transmission has alerted the aliens their interstellar colonization failed because of the unexpected rise of human beings. Really bad move, NASA! The enraged aliens have decided to unleash their deadly war machines against Earth with one purpose, our extermination, and they're considerably larger than their offspring. It's time to meet the parents.If you're looking for sci-fi in the spirit of "Them" and "Starship Troopers", consider "From the Void". Gary Naiman has written thirteen novels. His background includes twenty years at Paramount Pictures. One of his books is being considered for a motion picture.