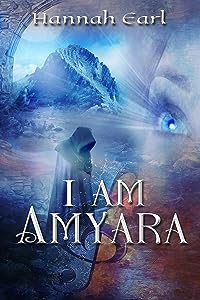 Life should be fairly simple for an average, teen girl meandering her way through high school…you would think.Sophia Papas’ only concern is finding the right color dress for Prom until a life-threatening car accident twists the hands of fate…literally! Everything she thinks to be true is turning out to be one big, Greek lie. Her father isn’t dead, he just went home…to Mount Olympus! That isn’t just some weird, random guy stalking her hospital room…it’s a freakin’ Demon! That isn’t one of the Fates shooting green magic out of her hands…OK - that IS one of the Fates shooting green magic out of her hands. And the topping on the Baklava is Sophia’s new found powers seem to introduce themselves at the most inopportune moments. How did this happen? What does that make Sophia? Can she live a normal life? CAN SHE HAVE A REGULAR BOYFRIEND? Questions are piling up and danger is getting closer. Only time will tell what the future has in store.