The Prince of Counterterrorism: Washington's favorite Saudi, Muhammad bin Nayef, is the scourge of al-Qaida and Iran but no friend of those who want to see major reforms in the kingdom 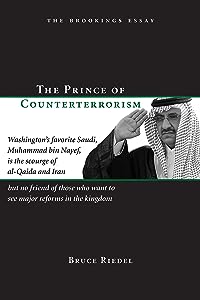 In The Prince of Counterterrorism, Brookings Senior Fellow Bruce Riedel tells the story of Saudi Arabia's Deputy Crown Prince Muhammad bin Nayef (MBN) and his contributions to the security of the kingdom and the Arab world. In the spring of 2015, King Salman removed his brother from the line of succession, and chose instead  his nephew, MBN, as his heir. Riedel explains why this decision is critical for the U.S. as MBN has been America's closest Saudi ally in the fight against terrorism, even helping to thwart attacks from al-Qaida on the U.S. However, while MBN's leadership is critical in countering the growth of groups like al-Qaida and ISIS, Riedel shows why he is unlikely to support social reforms within the kingdom.THE BROOKINGS ESSAY: In the spirit of its commitment to high-quality, independent research, the Brookings Institution has commissioned works on major topics of public policy by distinguished authors, including Brookings scholars. The Brookings Essay is a multi-platform product aimed to engage readers in open dialogue and debate. The views expressed, however, are solely those of the author. Available in ebook only.