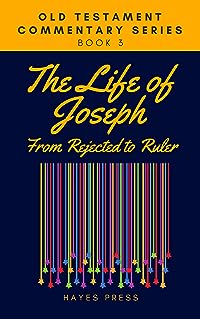 Why is more of the book of Genesis devoted to recording the life of Joseph, than that of any other individual? It's God the Father’s desire that in all things the Son should have the preeminence, so Scripture gives the largest portion of the book of Genesis to the man whose life in so many ways is a picture of Jesus. This book returns again and again to see in Joseph the beautiful aspects of Christ that by no accident form so much of the Genesis record.