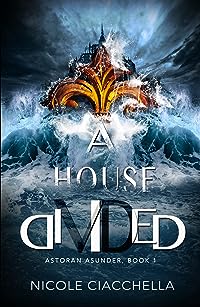 Cianne Wyland leads a double life. No one in House Staerleigh would suspect that the meek woman on whom they heap their disdain is a gatherer of secrets. Determined to uncover whether the House’s upper echelon—including her own father—are engaging in illicit activities in a grasp for control of the House, Cianne has made an art of slipping into their homes to rifle through their private lives.

Kila an Movis is an Enforcer. Gods-gifted with an extraordinary ability to piece together physical clues, he’s entrusted with protecting the vulnerable from crime. But his habit of expressing his opinions a little too freely earned him a nine-year banishment to the wilds, and he’s determined to be more circumspect upon his return to the trade city.

When someone close to Cianne dies and Kila is called out to investigate the scene, her world and his collide once more. His long absence hasn’t driven the memory of him from her heart, but the woman he encounters isn’t the child he remembers.

Unwilling to trust anyone else, Cianne enlists Kila’s help. The deeper they dig, the more secrets they unearth about her father, the other House members, and her entire life—until Cianne discovers that House Staerleigh is built on a foundation of lies.