Push the Rock: Second Chances on the Road to Kilimanjaro 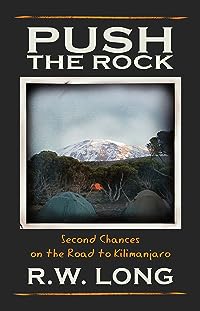 Living the American Dream at the pinnacle of his life, R.W. Long had it all: a loving family, a promising career, and a multitude of blessings. All of this was cut short with the diagnosis of an incurable disease. In the prime of life, he lost nearly everything he had worked for and felt he was given a life sentence and incarcerated in his own body—a body that no longer obeyed his commands and that would fail him in new ways daily.

For eight years, the struggle wore him down, nearly to the point of no return. Then came the phone call in the dead of night from a war-torn country half a world away.

“Dad, I don’t think I’m going to make it out of here alive.”

These words set in motion the most important mission of Long’s life: Learning to walk again in order to meet his son. What was once considered an impossibility was transformed into a goal and a mission.

Set against the backdrop of the quest for Kilimanjaro’s summit, Push the Rock is the true story of faith, second chances, and the power of family to overcome life’s greatest challenges.