Why I Abandoned the Hebrew Israelite Religion: A Memoir/Self-Help Guide 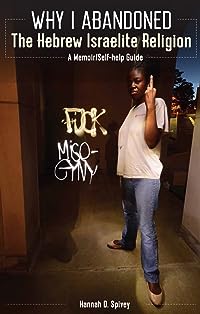 In this belief-shattering memoir, Hannah D. Spivey speaks about life as a Hebrew Israelite woman, and how much misogyny in said community impacted her life and destroyed the self-esteem of some Hebrew Israelite women. Hannah points out the contradictions, hate, examples of misogyny, ridicule, and self-absorption in the Hebrew Israelite community and highlights how similar the belief system is to Christianity. With her no-holds barred approach, Hannah expounds on how damaging religion has been to the black community and explains how it affected her in a negative way, until she found her way out of the Hebrew Israelite religion. This is one of Hannah D. Spivey's most controversial works yet; she shows no empathy for lack of logic or for misogyny throughout her book, in hopes that people will question their own worth and logic when it comes down to religious beliefs.