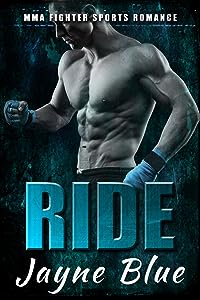 If only he had resisted the gorgeous girl next door...
Mace
MMA fighter Mace Alois can't lose and that's the problem. His old bosses paid him to. He was supposed to take a dive and didn't so his only option was run or die. He thought working across the ocean would be far enough. He was wrong. They've found him. This time he can't run because they've also found his weakness. The gorgeous, innocent, woman who lives next door, and he can't keep his hands off. They're going to use her against him and he's going to have to fight to keep her safe.
The man next door is dead sexy...
Raleigh
Raleigh's new neighbor is tough, sexy, looks dangerous as sin, and she can't get enough. They share a combustible chemistry that connects them instantly. But Mace is all muscle and contradiction. The MMA fighter looks at her with a fire in his eyes, but tells her she needs to stay away. His mouth says go and the rest of his muscled body says stay, in a million ways.
Mace is a weapon in the cage and when forces threaten to pull him from Raleigh he'll have to ride it out or lose her forever.
Ride Trilogy Book One is the first book in a steamy MMA fighter romance series with a possessive alpha male and a young heroine on the emotional ride of her life. This romantic suspense MMA fighter romance contains a cliffhanger. Ride Trilogy takes you back to the 21C Fighting League and the sexy MMA fighters of the Great Wolf Gym from Jayne Blue's Hold Trilogy
Romance Categories
Romantic Suspense
MMA Romance
New Adult
Possessive Alpha Male
Love Triangle
MMA fighter