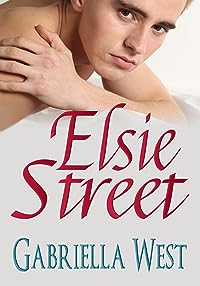 Boston native Dave Madden has just been fired from a dead-end bartending job in San Francisco. His long-suffering girlfriend helps him get a job at a nearby art museum as a guard. But what Dave finds there will challenge his whole sense of identity. For despite a fling with a college roommate that ended too soon for his liking, he considers himself straight. When Dave encounters woozy young Aaron Andersen at a museum event -- openly gay, with a house of his own in SF's hip Bernal Heights neighborhood -- he at first sees the 24-year-old techie as a harmless nerd and offers to drive him home. But Aaron soon has a seductive hold on Dave, and as the men's lives become more intertwined, Dave finds himself falling into an unexpected and passionate relationship, one that will require all his loyalty and commitment, and his faith in love. Both men are damaged characters, and Dave really wants to be a good influence on Aaron. But as an old flame suddenly re-emerges from Dave's past and new revelations about Aaron's addictive tendencies raise doubts in Dave's mind, can their life together on Elsie Street really work out?