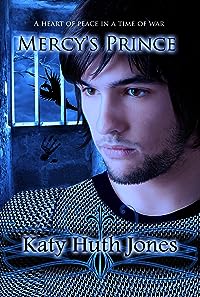 As second son of the King of Levathia, seventeen-year-old Valerian desires the quiet life of a scholarly monk. But when he fails to save his older brother in battle, Valerian must instead become crown prince.

While a traitorous knight schemes against him, Valerian meets Mercy, a pacifist Healer with whom he can speak mind-to-mind like the great dragons. Their bond emboldens Valerian to seek out the legendary dragons and ask for their help against the monsters who killed his brother.

Can Valerian survive the traitor's assassins long enough to find the dragons? And if he does, can he convince them to lay aside their hatred of humans and help him save the land from destruction?