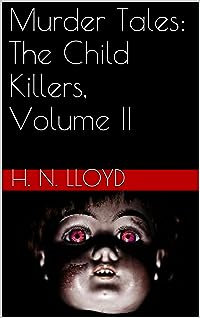 In this second volume to focus exclusively on the murders of children, Lloyd examines eighteen true crime classics, including:

Christine Butcher: A murder in Royal Windsor, which sucked into its sphere of investigation the world championship boxer Sugar Ray Robinson, and the sadistic sexual serial killer John Reginald Halliday Christie. This truly is a forgotten classic from the golden age of British murder mysteries.

The Grimes Sisters: This disappearance of two sisters, led to a host of peculiar witness sightings, a failed ransom demand, and the sacking of the Cook County Medical Examiner. A true American murder mystery classic.

The Dirty Dozen: The most complex police investigation in British criminal history. Three separate police operations, which slowly merged to investigate the crimes of a despicable cabal of paedophiles; who became known as "The Dirty Dozen." The police were able to definitively link this horrid gang to the rape, torture and murder of three children, although suspicions still linger that they may have been responsible for the murder of up to thirty more.

Shocking, terrifying, heart rendering, and nail-biting. This is sure to be another best-selling classic in the Murder Tales series.