A Child Of Our Time 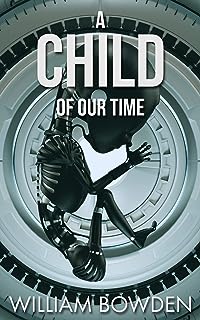 An eminent Psychologist is drafted in to investigate a mysterious Artificial Intelligence, discovered in the laboratories of a Failed Corporation, and coveted by a powerful General in the Pentagon.

Through earning its trust the Psychologist forms a deep bond with the shy and secretive machine, a bond that threatens the General’s plans to gain control of it.

A Child Of Our Time is both a technological thriller and heart breaking story of Man and Machine, each forced to confront the other’s predicament, each faced with the hardest of choices. As the story builds to a fast paced and thought provoking conclusion, the Machine is force to make that choice. In the end it is the one thing the General covets within her that shows the Machine a way out.